What I Learned This Weekend

Had an activity packed weekend and learned  (or confirmed) a few things.  It's never to late to learn. 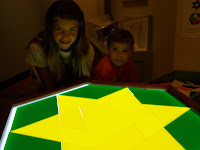 Hebrew is written right to left.

Trader Joe's has the best brownie mix on earth.

WGN Radio (confirmation) should stand for World's Grossest Nonsense.  The only intelligent conversation taking place is from Lou Manfredini, to whom I listen even though I'm never going to fix anything for the rest of my life. 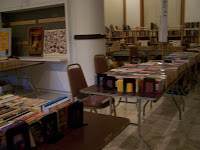 Some of the most civil people in the world volunteer at the Newberry Library.

The face of the Newberry Book Fair is shifting.  As bookstores disappear and people gravitate toward electronic reading devices, the number of fiction, mystery, romance and sci-fi book donations is shrinking - leaving those real book lovers like me disappointed on our finds in those genres.

If it wasn't for the BBC,  Saturday night American television would be irrelevant.

And finally.  CONFIRMED.  If you live in Chicago you can never safely put away your winter clothes.