A Funny Thing Happened on the way to Thanksgiving 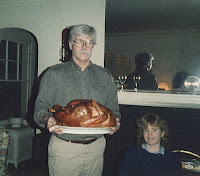 Thanksgiving  is my favorite holiday. So many good times.  The year Kevin cooked the turkey "upside down" and it was absolutely delicious.  The year the government shut down and we headed for Connecticut and joined Jody's family and Eric's mom.  We've had many a good turkey day at both Jacky's and Terry's and at least one with Colleen and her family.  Kelly always works on Thanksgiving.  Maybe one of these days she can ease up. She works so we can fly.
When we lived in New Jersey we rotated between our house, our mom's and my sister Patsy's.  Everyone remembers the year of the controversy over whether Joe or Uncle  Ted dropped the turkey at mom's house.  And then the year mom mixed up the sugar and the flour and we had creamy cranberry sauce. One of the best turkeys I've ever had was cooked outdoors in Florida by my sister Janis.  It wasn't Thanksgiving, but I'll always remember that turkey. In Illinois we often shared the holiday with the Shefte crew - lots of fun and Bud's good cooking.
Last year was only so-so.  We  had made a business decision to leave for Tucson early. We visited  my aunt and cousins for cocktails, and I  enjoyed actually getting to cook Thanksgiving dinner after years of letting the kids host it.We invited a few stray neighbors to join us but - it was  not the same.  We missed sharing a table with at least some of our kids.
This year we knew we had to be in Tucson early again so we made a plan with our Illinois kids to stage a "faux Thanksgiving" on November 14th in Oak Park.  Everybody had their assignments and Joe and I were looking forward to renting a Zip Car and heading west on the Ike, hopefully loaded with pies, wine and whatever.
What's that old saying about "the best laid plans of mice and men.........."?
On November 8th,  as I was leaving a business meeting in Tampa, I learned that one of my mother's remaining sisters, our beloved Aunt Jul, died peacefully after almost 94 years of a kind, blessed and sharing life.  On November 11th I was back on a plane for her funeral on the 12th and returned to Chicago on the 13th to be sure I'd have time to make at least a few dishes for our early Thanksgiving.
This is where life interferes with plans.........


Joe had complained of flu-like symptoms when I talked to him on the phone.  He thought he might have food poisoning.  When I got home he was really hot and delirious (not because he was happy to see me).  By early evening he wasn't  making sense  and was unable to hold anything down, so we made our way to the ER at Northwestern.  For a Saturday night it was pretty quiet, although busy as usual.  A team of seemingly teen-aged doctors took over, ordering every test known to man and trying to stabilize his temperature and other signs before they could diagnose and possibly release him.  At midnight  they finally admitted him. I went home and made cranberry sauce for the feast in Oak Park.
Early Sunday morning the doctors ( I can't say enough about their skills and their compassion) decided that his gall bladder was coming out - but not until Monday.  I was pretty useless sitting around the hospital while he slept and the wonderful nurses kept tabs.  That's when I decided to head out west myself after all.  No Zip Car - I won't drive in Chicago - but my CTA Blue Line got me to Oak Park Avenue in record time. 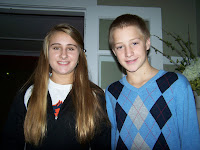 Laden with only cranberry sauce and some cheese, I was picked up at the station by Carrie, who is a recent driver, and Jack who is one year behind her at OPRF You haven't felt old until your grandchildren become your chauffeurs. We had a wonderful time, and a few jokes about what might have caused Joe's distress.  I was delivered home by the Crystal Lake contingent along with leftovers for both of us. After checking in with Joe, I started on the new plan.

Monday morning I cancelled our flight for Wednesday and, as agreed, we re-booked for the following Tuesday. After donating the Monday night opera tickets back to the Lyric I headed out for the hospital. By six o'clock in the evening, Joe was minus a gall bladder and I had  spent many fearful hours reading a book and a half.

By the following Monday it was obvious that we were not up to travelling yet, so we rebooked for Thursday.  Yes, Thanksgiving Thursday.  The travel peak had passed and we made it smoothly to Tucson with SWA's generous snacks and of course, their offer  of a free drink if you travel on Thanksgiving. 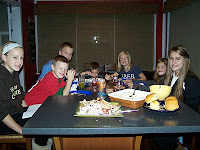 We arrived in Tucson to a dead car and scantily stocked pantry.  Plenty of beer and wine and snacks.
Today the car is fixed and I will shop.  Maybe the turkeys are on sale.
Happy Thanksgiving to all!  Next year ...... well - we'll think about it next year.
Posted by LSC at 6:21 PM 2 comments

Having survived this recent election by not killing myself or others,  I propose the following:

Recommendation:
We install a monarchy.
Action:
I AM the new Queen of The USA
Qualifications:
All of my grandparents came from Poland - I am blonde
Election Results:
What election?  My grandmother was Queen of Summit, New Jersey - I was the1957 Soccer Queen  at C.H.S. So there!
Name:
Lynn S. Crawford - not stately.  How about Linus Siergiej de la Crayford VIII
Chain of Command:
I have six equally qualified children.  Pick the one who wins beer pong challenge.

My Ten Suggestions: (not comandments)


The older I get the more I believe in the power of people vs. government.  Vote for me for queen - no - wait - I'm annointed.   I am the Queen of the Universe!  Hail to the Queen.
Posted by LSC at 8:10 PM 2 comments

Up in the Air

Thursday, November 4th, MDW to TPA -   Take off in beautiful sunrise in Chicago.  Cold at Fort De Soto and at Sailport - warmer in Chicago. Loud screeching music at Whiskey Joe's - stay out of there after 8 and on Saturday.  Good annual meeting. Good to see Jill - too many Cosmos (not the best). Met awesome new people from Georgia and Illinois at the pool. SWA and Tampa airport are great.  Love spending time with my sister.  Brother in law with extra drink coupons: priceless. 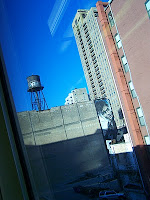 Monday, November 8th, TPA to MDW - Sad news in A.M..  A favorite aunt has passed away at 93.  Tampa finally warms up to bid me goodbye. Aisle seat - my favorite.  Great views from the Orange Line on my way home.  157 bus to my door.  Great bus driver - actually waited for me to unload my bag.  Two hour rest before the opera.  That was an opera ? Bad music, not much singing, just talking and a big headed lady in front of me.  At intermission the big haired lady and half the audience left the building.  Second act not quite as bad - glad we stayed. 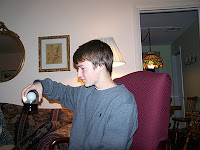 Thursday, November 11, ORD to EWR - AAdvantage air miles, first class - great trip (seatmate who didn't want to talk).  Beautiful color in New Jersey - shuttle ride to Chatham a breeze.  Stayed with old friends -50+ years - we can take up as though no time has passed.  Wake for my aunt.  Hundreds of people - what a tribute to a life well lived.  Many cousins not seen in years, daughter and family, nieces from Cape Cod.  At least 6 "you look JUST like your mother" comments from old friends and neighbors.  One hour wait for a burger at Charley's Aunt - bah.  15 year old grandson nails friends' golf ball balancing globe in about 15 minutes.  Glass of wine with good friends and "good night".  The funeral on Friday was dignified, moving and perfectly fitting for the gentle woman who was my aunt.  Typical after funeral party for our family.  Celebrate life, not death.
Saturday, November 13, EWR to ORD.  Beautiful sunshine, just as the previous two days, smooth ride to EWR.  Damn  AA baggage fees.  Too tired to carry on the big one - so suck it up. flight on time - a whole row to myself.  $7.00 for a Bloody Mary - are you kidding?  Arrived on time, bag waiting, train waiting, bus waiting.  Made it home in record time with no glitches.  At home - foggy, cold and damp. Husband with  bad stomach flu symptoms - really bad- wish I had been here. Glad I was at the funeral.
And now.........................
We have three days to pay our taxes, do our banking business, make dish for faux Thanksgiving with family, enjoy family on Sunday, pack bags, go to the opera on Monday ( this will be a REAL opera). Batten down the hatches here on Tuesday for a month away.
Wednesday, November 16th, MDW to TUS.  I will need my month in the sun to recover from the last 9 days of travel.
George Clooney - you can have it.
P.S.  I know why the SWA flights were all full and the AA flights half empty - but that's another story for another day after I recover.
Posted by LSC at 5:32 PM 0 comments

"Those who cannot remember the past are condemned to repeat it."

Wikopedia tells me that these are the words of Jorge Agustín Nicolás Ruiz de Santayana y Borrás a  Spanish philosopher and essayist. Wikopedia calls him George Santayana, but I like the way his whole name looks, sounds and feels on my tongue.

Well, keep his words top of mind as you observe what's going on around us.

Okay.  I'm not going to bore you with a longer list.  I'm sure you have your own.  I am eternally grateful that the festering, uninspiring, half true campaign ads are over.  I now don't even care who won or who wins.  I win because the ads for phony lawyers and sex enhancing drugs are back.  I love to listen to the list of side effects.  Yes I will definitely call my doctor if the election lasts more than 4 hours.  (Did I say election?)


I can usually come up with a couple of good posts when I'm annoyed or ticked off.  I lose all writing ability when I am bent over throwing up from disgust with what is going on. So- I'm taking a long weekend in the Florida sun to get over it.
I know, I know - sun is BAD for my skin.  See - I am one of those not remembering the past.  Guess I'm condemned.  Sailport here I come.  No computer - only SUN, CHLORINE, SAND  and my sister and a good friend.  See you next week.  I've earned all these wrinkles and at least I'm not lying about them - nor am I expecting the tax payers to pay for them.

And now every time I go on the Internet I am treated to this socially destructive suggestion.


www.payloansdaynow.adores.it Get Approved in 1 hour Fast Loans Up to $1500
Posted by LSC at 9:19 PM 1 comments