Is Anything Still Real?

Reading the papers today got me thinking and blinking mad.   Read about the Hollywood and TV set designers brought in to Tampa to "create the illusion of a likeable Mitt Romney".  He is what he is.  Let it go. 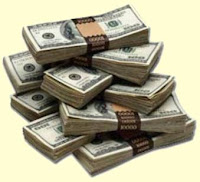 Next - in the business section a two page profile of a guy who gets paid to write phony, positive reviews for self published authors.  He is making a fortune and he no longer believes ANY  reviews that he reads.

How about the phone app that lets you send yourself a phony phone call so you can lie your way out of  a date?  Just be honest and walk away.

Political campaigns are buying Twitter followers to pump up their perceived popularity.  Don't blame the guys selling the followers - it has become a hot market. 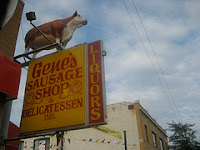 The Polish store in Lincoln Square is trying to pass itself off as German to better appeal to the locals.

My bank changed its ethnic name to an Americanized version.  Who are they kidding?

I get numerous Facebook and Linkedin requests to connect with people with whom I have no connection and don't even know.  Guess what they are up to?

I did run across a profile of someone who is for real.  She is a 73 year old Chicago triathlete who actually admitted that her second place finish in the last triathlon was because there were only two contestants in her age group.  She is going out today to better her record.  I wish her well.  In the article she decries how kids nowadays all get trophies at the end of the season even if they didn't win anything.  Homework projects that look like the parents did them also irk her, as they irk me, as well.

Hers is an inspiring story of firsts, hard work and grand results.  I recommend you read it in today's Tribune  in the Sunday section- well - at least they aren't still calling it the magazine, bcause it isn't really a magazine anymore.

See what I mean?  Nothing, well, almost nothing, is real anymore.
Posted by LSC at 2:15 PM 4 comments