Twelve Reasons Why I Don't Write a Christmas Letter

I have many friends who write clever Christmas letters describing their kids' accomplishments,  exotic travel,  winning golf scores and even some of the bad stuff that happens in their lives.  I do look forward to reading them all and save them for a quiet moment when I can  savor them.   In past years I often thought about writing one myself, but never did.  Today, as I was re-reading some of my friends' letters, I grabbed my calendar and looked for a couple of highlights for each month. 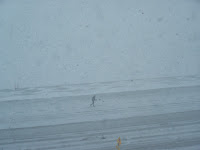 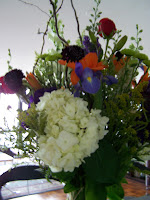 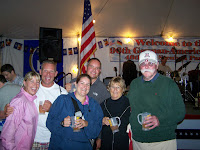 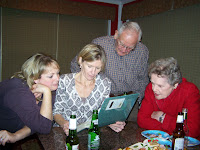 Are you still awake?  Aren't you glad I don't write a Christmas letter?
Posted by LSC at 7:58 AM 2 comments

Occupy Tucson - Not My Kind of Tucsonans 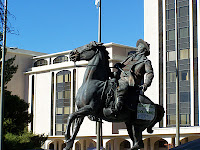 Nursing a bad shoulder, with camera, husband and friend in tow, I ventured into the Occupy Tucson world.  Having had a positive experience with the Chicago Occupiers, I expected more of the same.  But no.  The only similarity was the statue of a horse  and rider.  Now that I think about it, what self respecting American park doesn't have such a statue.

Instead of being welcomed, as I was in Chicago, and respectfully told what the objectives were, I was questioned about my presence there. 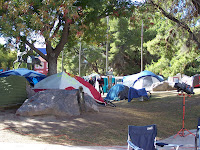 One young man, who claimed to be a leader, said that it was all about homelessness. There have always been homeless living in downtown Tucson, near the courthouse.  If I were homeless I'd sure go to Tucson and not Minneapolis.   They had been removed from the park across from the courthouse and allowed to move to Parque 20 de Agosto.  The park commemorates the birthday of Tucson.  On August 20th, 1775 this site was established as a new Presidio - San Agustin de Tucson - making it the northernmost outpost of Spain in Arizona.  I had asked a guy earlier what the name of the park was, before I found the marker.  His response - "Don't ask me, I just got in town yesterday." - gave me hint of what made this so different from Chicago's.

I decided to avoid the self proclaimed leader and headed into the fray for a self guided tour. Husband and friend declined to join me.  So into their midst I went. 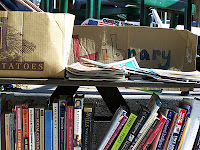 There was a clear buzz of anger.  There was foul language.  There was loud expounding on the M-F'n cops and the court system.  I didn't hear any reasonable voices or see  signs of peaceful protest.  I saw a largely unwashed, or at least disheveled, crowd. Many were asleep in the tents.  I took in the scene of outdoor grills and cases of water and lots of food. Donated?  Where did all the expensive tents come from?  I did see a small bookcase labeled "Library" and  a poster with an agenda scribbled on it.  I guess 2:00 PM was their down time.  No one was manning the stage or the microphone. I crossed the busy street to climb up a few steps to allow for a bird's eye view of the park.
There was a security guard there to keep the Occupiers out of the small shopping center in their pursuit of bathrooms.  I asked him if most of the people were homeless.  "Hell, no - some of them are, but there are others. Students  with time on their hands -over there in Berkeley and other California schools- decided to get involved and they split themselves into groups and some went to Tucson and some went to other cities." Well, that explained the expensive tents.  I asked why the cops weren't chasing them out of the park - as they were clearly in violation of the law.  "Well, two of our idiot councilmen want to let them stay there - they sympathize with 'em.  So the cops are going easy.  Pretty stupid if you ask me." 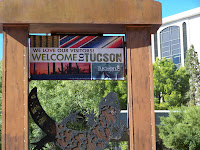 The spot I chose from which to shoot my photo is right next to this kiosk, at the gateway to downtown Tucson.  I'm sure the scene I witnessed from this spot is not what the Chamber of Commerce had in mind when it created the sign.   We left downtown to head out Mission Road to our all time favorite Mexican Restaurant, Karichimaka.  It's been there since we were all in college and nothing has changed - except us.  At the same time that we were enjoying our cheese crisps and Dos Equis- we later learned -the police had moved into Parque 20 de Agosto and arrested six people for drunkenness and fighting over the tents.  I am not surprised. And I am not going back.  These are bad apples using the Occupy movement to break the law.  These people don't represent Tucson.
Posted by LSC at 6:50 PM 0 comments